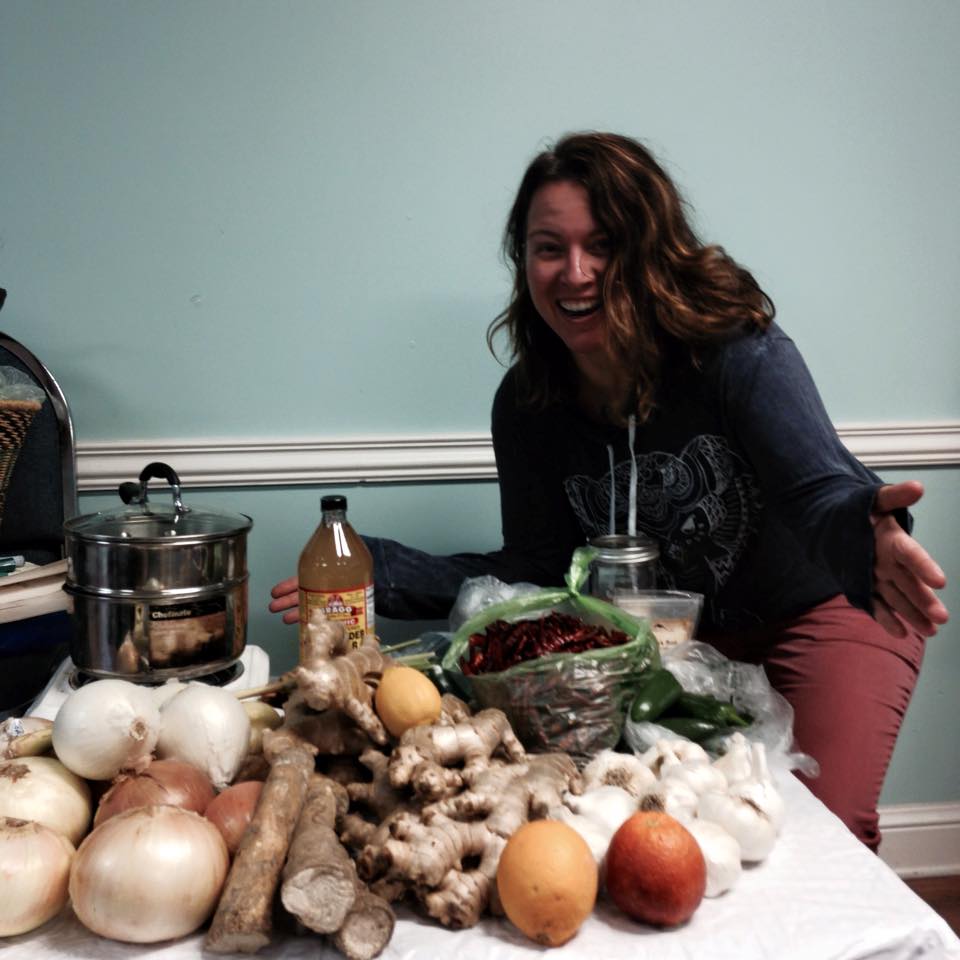 Fire Cider: Make it Yourself!

This is one of my favorite herbal remedies.  I have been making this since 1998, and sharing the remedy with others since about 2002 in my herb school. Its also quite meaningful to me to share it with you, since i spent 5 years defending it in Federal Court.
Enjoy and stay well.

What is it? Its an herbal vinegar extraction that relies on a few main ingredients: Garlic, Ginger, Chili Peppers and Horseradish in a base of Apple Cider Vinegar with some honey.  IT IS INTENSE!!  Mrs M Grieve’s A Modern Herbal says: “Garlic formed the principal ingredient in the ‘Four Thieves’ Vinegar,’ which was adapted so successfully at Marseilles for protection against the plague when it prevailed there in 1722. This originated, it is said, with four thieves who confessed, that whilst protected by the liberal use of aromatic vinegar during the plague, they plundered the dead bodies of its victims with complete security”.

Fire Cider Remedies is a stimulant, purgative, antimicrobial, aromatic, and tonic. It tastes sweet, sour, spicy and pungent. It tastes so good, many people keep it out and even add it to some of their food or as a salad dressing. Its especially helpful on cold mornings to wake up and get your circulation going as well as to help resolve colds and flu. Sometimes people add other herbs and fruits in the mix, sometimes not. It is a lovely addition to your herbal first aid cabinet. In 2014 it became the center of a trademarking controversy, when a company attempted to trademark it.  Nicole Telkes, the founder of the Wildflower School, along with two other codefendents spent 4 years in court and won, effectively turning the remedy back over to the people, not a corporation.  You can read more here

Rough chop up ingredients and fill  a mason jar with layered equal parts peeled garlic, ginger, horseradish and chili peppers. If you are sensitive to chili peppers, you may want to add less.

Fill the mason jar with Apple Cider Vinegar, covering the plant material. Screw the top on, and put a piece of wax paper in between the top if you have it to avoid rusting the metal when vinegar hits it. The extraction process takes about a month, shake often.

After a month, strain out plant matter and add ½ cup of honey to the remaining liquid. Bottle and store. Dosage varies, from 1-2 tspns as needed.

Make it your own!  Some amendments include: burying it for a month(adding a little earth magic), adding beets,  nettles, chickweed, cleavers, or other nutritive weeds, adding maple syrup instead of honey….etc.  Sometimes people add fruit.  Make up your own recipe!!!

Bioregional Amendments:  Each bioregion has its signature local plants you can add in. For example, In Texas I like to add Chili Pequins, Bee Balm, and Prickly Pears.   In Oregon I like to add in Doug Fir and Cedar Tips with cherries or wild berries.  What are the wild fruits and aromatic plants that you may want to add in?