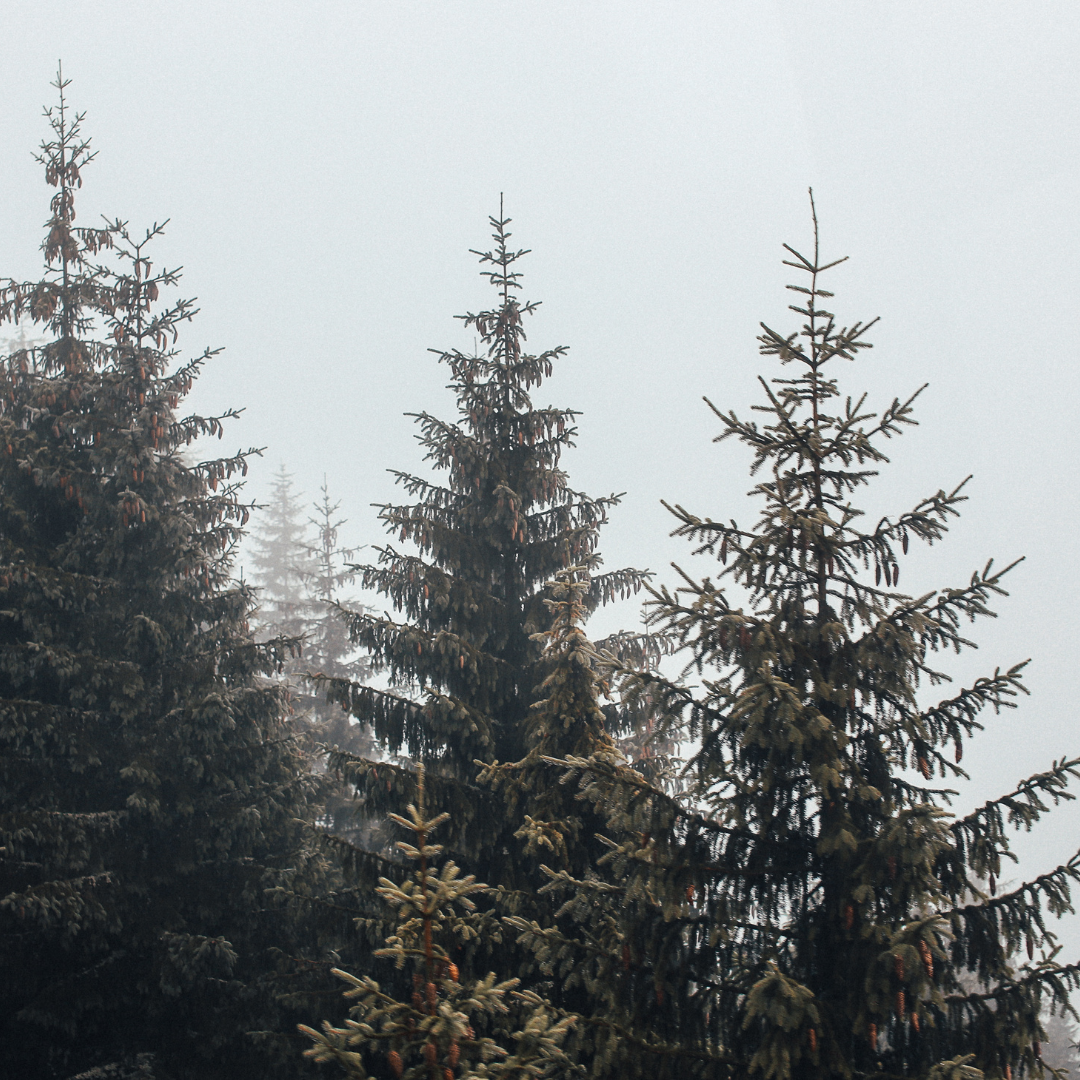 The Energetics of Evergreens

A closer look at the trees that became symbols of the Winter Season from Nicole Telkes In cultures in the Northern hemisphere with colder climates, coniferous evergreens are an important part of winter festivals and ceremonies. These conifers include trees like Pine, Juniper, Fir, Spruce, and Cedar trees. Many are long living, and stay green […]

In cultures in the Northern hemisphere with colder climates, coniferous evergreens are an important part of winter festivals and ceremonies. These conifers include trees like Pine, Juniper, Fir, Spruce, and Cedar trees. Many are long living, and stay green while other trees lose their leaves and become bare. These characteristics led to some cultures viewing them as a symbol of immortality. Other Northern traditions believe they carry the energy of the sun in them, even in winter. Many ancient pre-Christian religions celebrate the long nights with little sun by bringing evergreen boughs into homes, or even sacrificing a tree around the winter solstice(Dec 21). This tree is then decorated, and lit up to celebrate their Sun god’s return(sound familiar?). Conifers are even thought to be ruled by the Sun in Greek Astrology.

Let’s take a closer look at how this energy of the Sun god works. If you look at the Greek humoral energetics of evergreens, they are considered warming and drying. Ancient Greek medicine sees wintertime as Phlegmatic: cool and moist. Warming and drying agents and practices are used to counter Phlegmatic tendencies in the body. This could be in the form of a remedy made from a Cedar tree bough, or a practice like taking a dry sauna. Phlegm in the body can be experienced as sluggish digestion, slow or poor healing of wounds, mucous in the lungs or stomach. Wintertime, which is cool and moist in Northern climates can exacerbate Phlegm. In the philosophy of Physiomedicalism, Phlegm in the body could be seen as closely related to the tissue state signs of damp stagnation and depression.

While conifers do differ in individual constituents, they also share some similar properties due to their volatile oils. The aromatics they contain tend to be antimicrobial to varying degrees, astringent, and diaphoretic. Internally, these aromatics may be inhaled to create expectoration and expel phlegm(see my post on respiratory steams). They may also be used in teas or honeys to help sweat out a fever or increase circulation throughout the body, warming the blood. Topically, their leaves can be infused into oils and applied to create rubefacient, stimulating effects on the skin, which helps with poor circulation. You can also create incense from the leaves and resin.

Some conifers embody the element of fire and energy of the Sun by being serotinous. Serotiny is when a plant waits to drop seeds from an environmental trigger. In the case of plants like Lodgepole Pines and Giant Sequoias, they are triggered by fire. For more on this check out this blog on Tree Hugger.

You can also just take a spoonful to enjoy the lovely flavor of evergreens in honey. I do not know of a evergreen conifer to be wary of in terms of safety of their constituents. Most tree needles can be enjoyed (although I am sure there may be one that could be toxic). Also, note that aromatics are stimulating, and may not be for everybody, especially since each plant varies in other constituents. For example, Juniper leaf is such a strong aromatic evergreen that it can sometimes irritate your kidneys(although it can also be used to help fight UTI’s)

Conifers evoke many feelings when gazed upon. Many grow tall, and even majestic as they cover mountains and dot the horizon. Take a moment this season to get to know what conifers grow in your area and connect to them.