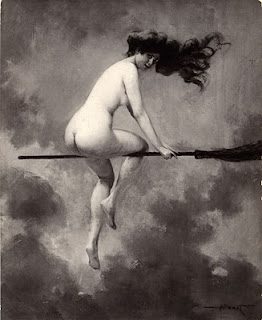 I call you now, Sisters of Night, Winds are rising, brooms in flight. I call you now, Brothers of Cloak, Summon the Towers as we invoke. A whispering voice echoes the chants, And a thousand Witches return to dance. Gathered among stray Witches found, Encompassing the moon to draw it down. Our forces joined and […]

I call you now, Sisters of Night,
Winds are rising, brooms in flight.
I call you now, Brothers of Cloak,
Summon the Towers as we invoke.
A whispering voice echoes the chants,
And a thousand Witches return to dance.
Gathered among stray Witches found,
Encompassing the moon to draw it down.
Our forces joined and our hearts as one,
The magickal feast has just begun.

The power is rising in valleys and fields,
Harnessing the enchantment we easily wield.
From the mountains to the sea,
The universe exudes our energy.
The Witches spell now cast and spent,
The moon is drained without relent.
Return to home and hollowed ground,
For next time when the moon is round,
The Witches will whisper the tune of night, Gather ye Witches, tis time for flight!

Halloween is my favorite holiday.  Part of the traditional Earth-based celebration of this time of the year in Europe was to celebrate Samhain, meaning “Summers End”.  There is belief that at this time of the year the veil between the living and the dead is at its thinnest.  It is also believed to be a great time to scry, or have visions that help to predict the future, see the truth better, or give you important information.  Traditionally, witches were said to have created ointments and ritual wines that would help them scry better at this time of year, the shadow time.  It is a time to slow down and move inward to experience more of the yin aspects of yourself.  The light is fading away, and the nights longer.  The mysteries are closer.   Altars to the dead are constructed and we acknowledge the wheel of the year shifting, yet again.   I hope that this article helps you to better understand the symbolism and tradition of making divinatory ointments and wines for your practice and get closer to these wisdom remedies, or visionary friends, oftentimes though of as poisons.  The book Pharmakopoeia by Dale Pendell  is a great resource for understanding this work more, opening with:

Bring Them On, The Power Plants 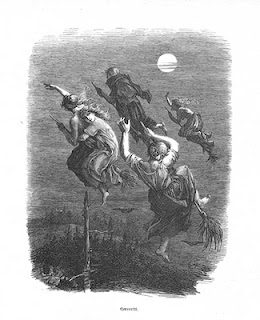 Come on O rueful Syrians,
and all you thick-smelling
solanaceous plants;
You cultivated in rows tobacco and coca plants;
You maligned poppy plants and worshipped
grapevine plants-
All forgotten plants, and fad plants:
Come forth, you motley troop-
not a gentleman among you-
Not one that won’t lie cheat or swindle
a ride-
Come, all ye ruffians:
Be fruitful ,we have need of Poison

Flying Ointments were traditionally made using plants that were oftentimes thought of as quite toxic and many brought on hallucinatory states, so witches and shamans could go deeper with divination and scrying.  The ointments and wines were created within sacred space, holy space.  A base such as lard(which was what was readily available) was used and then powerful herbs were ritually collected, and added to the oil as well as the addition of toadskin.  This could take place in a cauldron, or other slow cook method.  The herbs were cooked for many hours, as an infusion.  The infused oil was then strained, and a thickener like beeswax was added.  This warm mixture was then poured off into jars for later use.  Part of the power of the preparation is in the intent and focus created within sacred space when the oil was made.  The stronger the intent and focus, the stronger the ointment.  These were not used recreationally, and still should not be.  Using ritually-constructed ointments and preparations can be extremely intense, whether or not they cause you to hallucinate.

Traditional Use of Flying Ointment

You know how witches are always shown with their broomsticks?  Well, brooms have multiple functions.  Brooms of course can be used to sweep dirt off the floor, but they can also be used to sweep negative energy out of a space.  The boomsticks can also double as a magic wand.  In the case of flying ointment, the broomstick tip was where ointment was applied and then women masturbated with tip of the broom, to induce a sense of “flying”.  Mucous membranes absorbed the ointments more quickly and fully than drinking or smoking them, and it also sounds like it would be more fun!   So, in the same way that martial art forms like Capoeira in Brazil were hidden within dance, witches in Europe used something as benign as a broom for all sorts of magickal purposes.  Think about that next time you sweep something, or see a picture of a witch flying on a broomstick!

Making Your Own Flying Ointment

You will need for the ointment:
1 cup of a base oil like olive
1 oz of a thickener, like beeswax
1 a cauldron or crockpot or other way to infuse
1-2 weighted oz of your choice of Power Plants.  See next section
1 or several containers to decant mixture into
a wooden spoon
a knife, cutting board
Toadskin—Disclaimer: yeah please dont sacrifice any, but if you find a dead one you may want to save its skin for later use 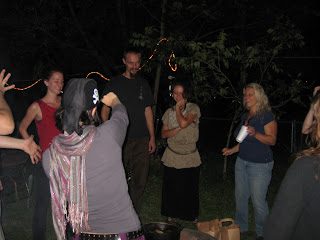 To create the sacred space:
Sage or other way to smudge or clear the space
Use a knife or wand or stick to draw a circle of protection around your work
At each direction invite in the elements of Nature: something to represent Air in the East, Fire in the South, Water in the West, and Earth in the North
Invite in Spirit or Ancestors with a  candle or other symbol to guide you in your work
Choose a chant to use while you work to focus intent
(Once you have finished, always remember to release the energy and open the circle)


These are somewhat subjective.  Traditionally very toxic, hallucinatory plants have been found in old recipes.  Keep in mind these were used by healers to help invoke strong visions, and help them with their shamanic work.  This doesnt mean that some of the visions didnt also come with vomiting, diarrhea, muscle tremors or other problems that come from the ingestion of alkaloids like atropine, scopalamine etc.  You may adapt these recipes to plants you feel drawn to in your own area.  Remember that part of what is making this a strong ointment is the intent and focus, not necessarily just the ingredients.
Historically, some of the traditional Toxic Power Plants used in these included 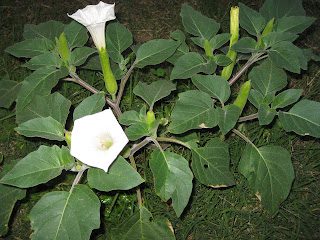 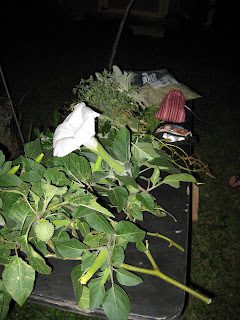 I noticed that many of the plants used traditionally are moon/feminine plants.  Sometimes they have silvery leaves, or bloom at night, many have white flowers.    Many are used to create altered consciousness in some way like for instance cannabis, or Grapes–wine, hops-beer.  Many people have become addicted to these power plants.  They are not plants to be used recreationally, they are power.  They are sacred.  Sit with the plants around you.  You may find yourself attracted to others.


Create sacred space
Gather up 1-3 oz of plant material–less if dry, more if fresh
Chop up the plant material with gloves on
Pour 1 cup of oil into crockpot or cauldron
Add in plant material 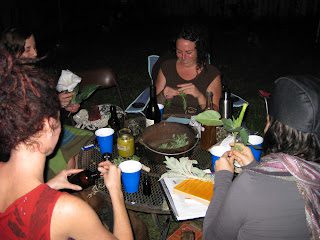 Add heat, do not let it boil!  Let infuse for at least 4-8 hours.  Overnight is best
Stir regularly(every 15 minutes or 30 minutes)
repeating a chant with your intent
Strain off oil from herbs
Put warm oil back into crockpot adding thickener, repeating chant
Once thickener has dissolved, pour off into container.  Hold container up and set your intention one final time, giving thanks to your ancestors and whatever spirit you choose
Close the sacred space, say goodby to spirit and the directions, open the circle
Clean up.


Oil may be applied to body or third eye area on forehead in ritual to help induce visions.  Amount varies per person.  8 oz of oil may be used in dabs, if you are sensitive to herbs, or may be scooped out in globs and smeared all over the body.  Dosa varies by ingredients and person using it.  Some people have gone so far as to try it out the traditional way, internally with a broomstick. 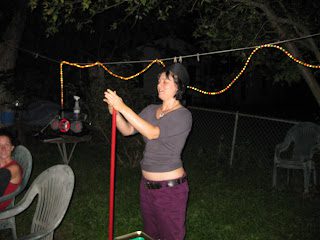 Disclaimer:  The information contained within this article is for information Purposes ONLY.  This is a fun tradition to read about, but many of the plants discussed can be extremely dangerous if used improperly.  The difference between medicine and poison is dosage and application…and depends on the person.  Please be very careful if you plan on trying to make a flying ointment.

A fellow massage therapist asked me if I could make him some flying ointment in 2009. I decided that instead, I would host a flying ointment party where folks could do their own research, bring ingredients, and make a collective batch. We used a couple of different websites. 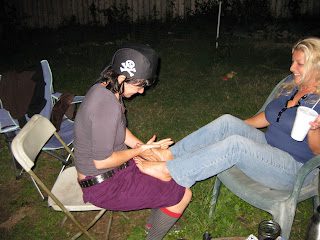 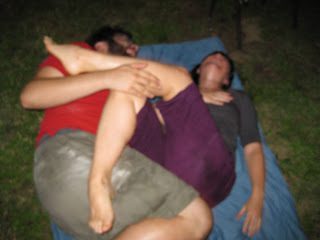 Personal books for insight: Scott Cunninghams Encyclopedia of Magickal Herbs. Susun Weed had given a flying ointment presentation at the International Herb Symposium and we drew a lot from her notes. Everyone brought ingredients and we talked about why we brought them. By far, the star was Datura, who was blooming all over my yard and many other people’s as well. Everything from wormwood, tomato leaves, mugwort, yarrow, dittany of crete, mullein, datura leaves and flowers, jasmine, and white sage was added to a cast iron cookpot on the fire and infused for several hours. We all circled around the concoction and talked about what we had brought and added intention. One ingredient that we felt was important but not very nice, was toadskin. Rather than trying to catch a toad that was in my backyard, we invited toad energy into to cauldron, and kept the mix vegan. We stirred the cauldron with a broomstick and chanted around it. We waited for the pot to cool, strained the herbs and added some wax. putting it into containers. We passed the ointment around and smeared it on various parts. A few party goers went from traditional applications, and others stuck with anointing their 3rd eye. As the ointment was applied, we got louder and laughed harder and harder. Some folks ended up on the ground rolling around and laughing. All of a sudden it was very late. Folks drifted away into the night. Some of the reports are this: “applying it internally brought extreme skin sensitivity” “I had lucid dreams all night long” ” Was up very late and woke up the next day feeling fine” “Felt very high all night” “dreamt I was covered in water moccasins in the chair I fell asleep in, wasn’t sure if it was a dream, or real” “dreamt a helicopter was in the backyard” more reports to come…….. Happy Samhain